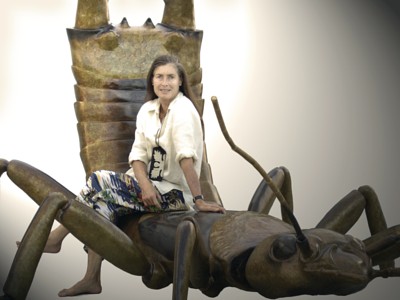 Susan Phipps Cochran’s passion for the arts, science and the outdoors was nurtured from a very young age. Born in 1940 on Long Island, New York, art, music, sewing and knitting were an integral part of her life – along with adventure on the high seas and in the wilderness.

She inherited her appreciation for nature from her father, who taught her to identify a plethora of flora and fauna and had her herding cattle, breaking yearlings, handling reptiles or out fishing, scuba diving, and shooting. At quieter moments, Susan could be found sitting silently by an irrigation ditch or pond on the family ranch in south Florida taking photographs and noting the wildlife that came to drink. Today, she credits her attention to detail and patience to the discipline and focus that was instilled during those early years.

While Susan attended schools in Florida, New York, Virginia, Switzerland and France, she fondly recalls three years of art classes in a Virginia boarding school as among the most rewarding.

After schooling, her love of following the “path less traveled” led her to participate in expeditions around the world. On one such expedition, she was a member of the dive team that discovered one of the oldest shipwrecks ever found, as chronicled in the May 1960 issue of National Geographic.

Extensive travel also opened her eyes to different methods of creating. Native American beadwork caught Susan’s attention in her forties and she went on to create ceremonial dresses, moccasins, bags and feathers. Finding the normal methods of beading flat, she began incorporating dimension into her work.

In 2001 Susan decided to switch to sculpting in bronze when her friend, artist Helmut Koller, asked her to create a chair for a local Hospice fundraising event. A new door opened with her creation of a chair entitled T.H. Smith, a pair of floating overalls. This lead to a series of benches and chairs, one of which, “After the Fire,” honors the firefighters lost on 9/11and is on permanent display at the New York Firemen’s Museum.

Possessing a keen wit, Susan likes people to be amused by and interact with her sculpture instead of just circling them “like buzzards on a kill.” Fulfilling this wish, she has gone on to create collections of giant ants and earwigs to scratching dogs to oversized African stick fighters. She considers her best creation, however, to be “my three children.”